Religion in Schools: Controversies Around the World R. Murray Thomas 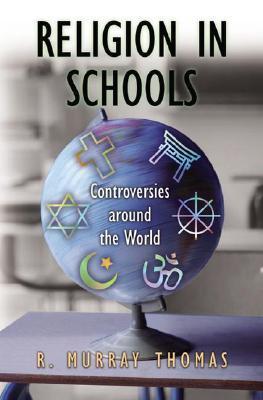 In France, conflict erupted when a young girl wore a headscarf to her public school- the government there got involved to reassert the rule that no outward display of religion will be tolerated. In India, a panel was appointed to remove Hindu religious beliefs from high-school textbooks. In Pakistan, the government passed a law to make the curriculum of Islamic religious schools more secular in its approach. Here in the United States, debates abound regarding the Pledge of Allegiance, the posting of the Ten Commandments, prayer in school, and other familiar arguments.

But why do these controversies exist? What prompts them? Why do particular conflicts arise, and what attempts are made to deal with them? How have solutions fared? How are the controversies in one country similar to or different from those in another?In Religion in Schools, R.

Murray Thomas uses case examples from twelve countries around the world, covering all regions of the world and all the major religions, to examine and answer these questions. He reveals the complexities of the conflicts, and shows what brought them about. For example, in France, the conflicts often arise out of that nations desire to remain intensely secular. Using case examples and applying a uniform approach to analyzing each countrys particular focus on religion and education, he is able to show what these conflicts have in common, how well solutions have worked, and what may lie ahead.

Comments
Comments for "Religion in Schools: Controversies Around the World":